In his private solo exhibition named “Red Line” Evren Erol traces the lines surrounding and founding the dimension called as subjectivity. While the exhibition curated by Oğuz Erten is investigating the limit-experience with various forms, it is discussing obedience and infringement possibilities together.

Evren Erol who sets off with the questions like “Confronting with the slavery in the foundation of slavery and rejecting the life within the patterns require courage. Is the fact unique and unchangeable? Is it possible to create new propositions and new trajectories for all psychological, sociological, cultural schema imposed?" says that “Red Line” a test area for the individuals who are the main actor of life for the possibility of recreate himself within the framework of basic metaphors like rejection and acceptance context.

“Red Line” of Evren Erol is not flat and continuous; it is short and infrequent, transient and dynamic. With this form, “Red Line” points out the intrinsic lack of each features establishing an order and founding a meaning.  His statues give an end from the weird space within “Red Line”.
Bubbling, swelling, blowing lumps in these statues are like mysterious surpluses pointing out the deficiency. They stretch, flex and warp the red lines. No matter what is the budding in depth, it hurts the smooth skin of the statue and tears it. In the following, it falls into the exhibition location; it flows in waves and invades the space. The statues of Erol are included in the reality by hurting them.
The statues in the exhibition stand close to the place of sound where the meaning remain dumb and the existence remains unnamed. “Forms thinking on the existence” of Evren Erol is like the sound echoing in the valley. It hugs negative presence without filling the gap. Exhibition breathes from the wound of the reality and it exhales in a scream. “Red Line” is the lips of this wound that are slightly spaced.
About Evren Erol:
Evren Erol born in İstanbul in 1977 is graduated from Yıldız Technical University, the Department of Serigraph in 1998 and from the Faculty of Fine Arts Sculpture Department in Marmara University in 2003. At the point being able to develop alternative methods to the existing reality, the art is seen as an expressing and questioning language creating a freedom space to the artist. The thoughts and the concepts shaping his statues and his own existence according to the conditions are described as the reflection of the change in subconscious. It produces within the framework of basic metaphors like the concepts of change, transformation, contrast, rejection and acceptance. Besides his solo exhibition, he opened in 2012 with the title of “FINDING HIMSELF”, he participated in many combined exhibition and symposium. With the production of the statue, he continues his illustration studies in literature in his workshop in İstanbul. 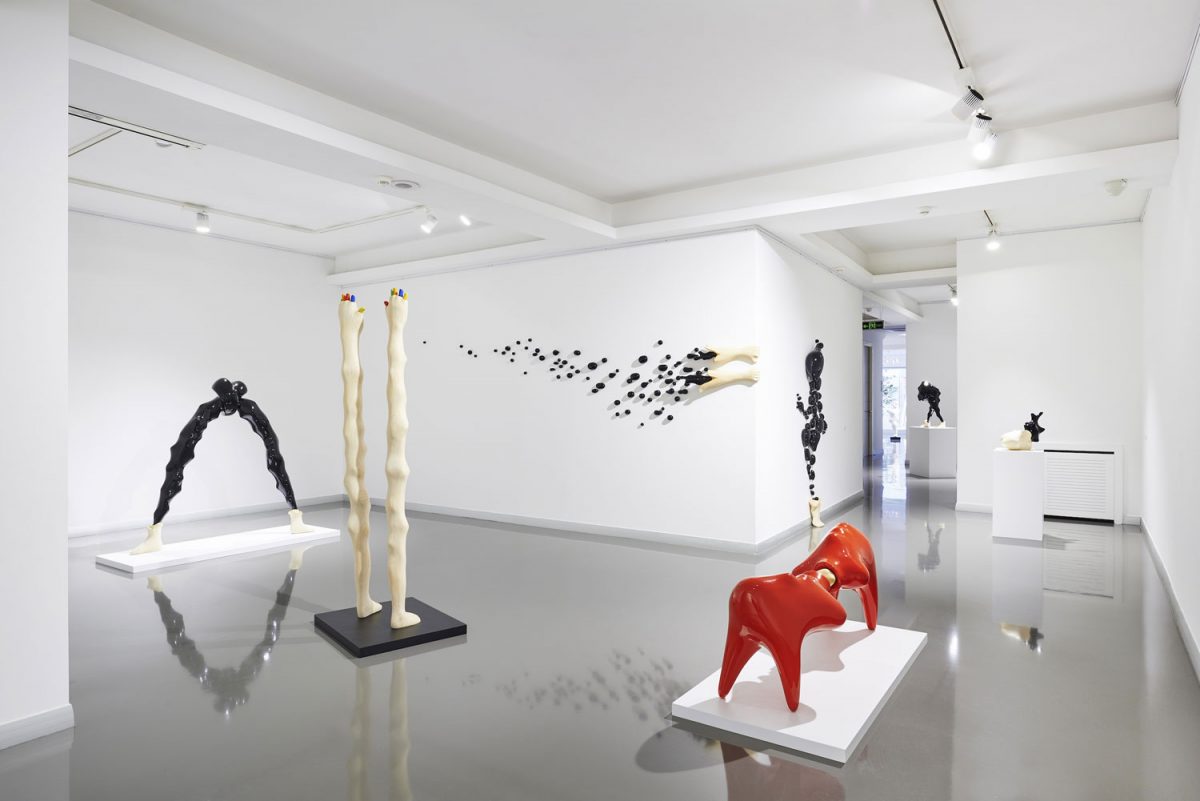